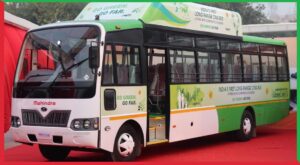 The project has been executed by Indraprastha Gas Limited (IGL) and has been achieved through design of Type IV Composite Cylinders in buses, replacing traditional and heavy Type-I Carbon Steel cylinders, the oil ministry said.

Mahindra & Mahindra along with Agility Fuel Solutions of USA have partnered with IGL for introducing the new concept of light weight Type IV composite cylinders in buses.

IGL has procured five Mahindra's Type IV buses. The Buses would be given to Uttarakhand Transport Corporation (UTC) on lease basis after the launch. These will ply on Inter-city routes from Delhi to Dehradun and will be the first CNG Buses in Uttarakhand.

“Delhi has witnessed revolution in shift towards cleaner, gas based fuels. Over 500 CNG stations are operating in Delhi NCR today and about 12 lakh (1.2 million) piped natural gas connections have been provided. Over 1,000 PNG connections are being provided daily in the NCR. Long haul CNG buses originating from Delhi to other locations will further drive this shift towards cleaner gas based fuels,” Pradhan said.

Patna to get 30 CNG buses by March 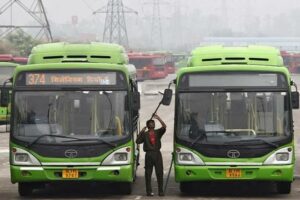 The Bihar State Street Transport Company (BSRTC) has determined to introduce 30 new pure compressed natural gas (CNG) buses within the city from March 2020 and convert an additional 100 current diesel-driven buses to CNG by the end of the year.

The transport department official said the number of CNG stations in the city would be increased to 10 by March next year. “Talks in this regard are on with Gas Authority of India Limited (GAIL),” he added.

GAIL deputy general manager Rajnish Kumar said the city will get two new CNG stations soon. “The city already has CNG stations at three places – Rukanpura, Zero Mile and Patna-Bakhtiyarpur NH-30 toll plaza. Another CNG station will come up at Saguna Mor by the end of this month. Work on developing a CNG station at Naubatpur will commence in the first week of January,” he added.