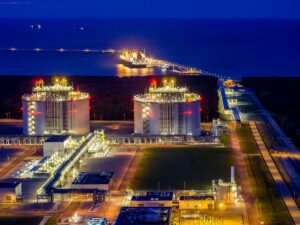 European lawmakers on Wednesday approved the European Union’s list of priority energy projects that are eligible for up to 30 billion euros in funding, ignoring objections over its inclusion of fossil fuel schemes.

The European Commission, the EU executive, has made carbon neutrality by 2050 one of its top priorities and plans to formalize it with its first-ever climate law in February. Jean-Claude Juncker, has viewed natural gas as a transition fuel on the way for the bloc to become fully fossil fuel free by 2050

Lawmakers who won the vote in the Industry committee of the European Parliament on Wednesday say gas is an important energy source in the transition to cleaner energy because it is less carbon-intensive than coal.

“Gas is, so to speak, a bridging technology on our way to achieving our ambitious CO2 reduction goals towards 2030,” German lawmaker Christian Ehler said.

The complete list, unveiled by the EU’s executive bloc in October, comprises 151 projects that will be entitled to EU funding and accelerated planning permission.