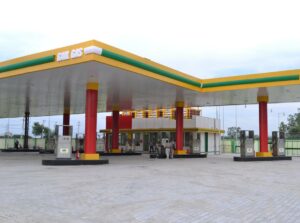 India is planning a network of liquefied natural gas fueling stations along its 6,000-km long golden quadrilateral highways, a move that could encourage thousands of truckers to switch to the cleaner fuel from polluting diesel.

GAIL, the largest state-owned natural gas processing and distribution company in India, is putting together a plan and approaching all possible participants including fleet owners and truck manufacturers , to get them on board and help build an effective ecosystem for LNG-powered vehicles in the country.

The transition to LNG-powered trucks from diesel will cut pollution and turn Indian highways quieter while boosting gas imports.

About 350 LNG fuelling stations, at a cost of U$D 450 to 500 million, will be needed to cover the full length of the golden quadrilateral, as per the initial plan. Regulations permit only those with city gas distribution licenses to set up LNG stations, and therefore, various license holders will build fueling stations in specific stretches of the expressway that fall in their respective license areas.

About a fifth of the golden quadrilateral’s length falls in areas for which GAIL and its joint venture units have licenses. GAIL is planning to build about 90 LNG stations, according to comments in the Industry. Indian Oil, which has obtained several licenses in recent years, too, plans to build LNG stations in its areas.

GAIL is apparently also in talks with ExxonMobil and Mitsui, which can potentially partner as LNG suppliers as well as financiers for the initial lot of LNG trucks planned to hit Indian roads, according to media releases. The plan would be to get at least 10,000 LNG trucks, most of which would be initially imported, according to those publications.

“Our partnership with GAIL is geared towards combining our collective capabilities to accelerate gas access for many sectors in India. Use of natural gas in transportation and industrial applications holds significant potential for India in terms of lowering costs, reducing emissions and enhancing energy reliability,” ExxonMobil said, according to The India Economic Times.