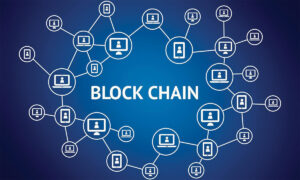 Snam has managed, for the first time in the sector globally, bilateral transactions for the purchase and sale of natural gas based on blockchain technology.

It is the first time in the world that a network operator such as Snam manages blockchain transactions.

The trial, which will continue in 2020, aims to exploit the advantages in terms of immutability, security and transparency of the data guaranteed by the blockchain and more generally by the so-called "Distributed Ledger" technologies, i.e. systems that are based on a distributed ledger, also contributing to simplicity, transparency and speed in the interactions between users thanks to machine-to-machine transactions developed through smart contracts and algorithmic trading.

In the future, additionally, these technologies will be able to support the development of renewable gases by facilitating the traceability of energy sources and flows, thus optimizing their production and consumption. The blockchain-based platform is owned by Snam and was developed in collaboration with the Italian startup Mangrovia. Snam has collaborated with Axpo Italia and Sorgenia in defining the requirements and testing the technology.

Snam's studies and experiments in the blockchain are part of the company's digital transformation strategy at the service of the flexibility and efficiency of the Italian energy market and the energy transition. The blockchain - digital register distributed in "blocks", which guarantee the integrity by encryption - is becoming increasingly popular for carrying out transactions and exchanges of data in an innovative, efficient and secure way.

As part of the €6.5 billion investment plan by 2023, Snam plans €1.4 billion dedicated to SnamTec, from innovation to new energy transition businesses.